The Minitel was the precursor to the World Wide Web

The French were on the right track all along


When people ask me what the Internet -- and in particular Web 2.0 -- is really all about, I sit them down and tell them a story. It goes a bit like this.

In the late 1970s there were no iPods. There were no smartphones. There was no Internet. Well, there was but it was confined to small parts of the U.S. and used only by a bunch of academics, spooks and Grateful Dead fans in California.

The French, however, had a slightly different problem. France Telecom had been busy tackling a chronic shortage of phone lines that had put the country on a par with the developing world. This in turn had created another problem: With all the new telephone lines, getting through to directory enquiries was likely to take you an hour, and would cost you a dollar.

They also hadn't fully considered another implication of adding more phone lines: Bigger and more phone books. They estimated that by 1979 they would need 20,000 tons of paper to print enough directories, by 1985, 100,000 tons.

So they proposed something revolutionary: A small terminal in everyone's home, connected to the phone network, with its own little screen and keyboard so people could look up telephone numbers online on their own. People could also view stock market information, news and other information services. They called it the Minitel. By the summer of 1980 it was ready and pilot tests went ahead in three cities.

One of them was in Strasbourg. It was a small test involving only a few dozen users -- most of them single people in one apartment building on the edge of the city. But first the users had to figure out the system. Now the Minitel was pretty straightforward; there was a screen and a little keyboard to type commands and search. But in 1981, this was all very new. People got confused.

Michel Landaret was the man responsible for the Gretel network. He and his team were watching users online. He could see people were having problems. People kept entering the wrong commands.

So he told his engineers to develop a way for them to send messages to users as a kind of online help system. The message would appear in a line at the top of the user's screen. The user could then send a message back. The system worked; users were no longer confused and started getting the commands right.

Then one day in October 1981, a computer nerd dropped in on a friend, who happened to be one of the early testers of the Minitel Gretel. He was eager to try out the system and quickly zeroed in on one feature -- the online help system.

The engineers were watching all this. Somewhat alarmed, they told their boss. Landaret came and watched over the shoulders as the messages popped around the system. One of the engineers recommended plugging the hole to stop this unexpected activity.

Landaret paused. He asked whether these messages were endangering the system. No, said one of the engineers. Well, leave it then, Landaret replied. Let's just watch and see what happens.

They watched as more and more messages moved around. Pretty soon more or less everyone on the network was talking to one another. In the apartment building itself, life was transformed. The nights were long and depressing, the town center was far away and expensive to get to, residents didn't really know each other and so didn't talk to each other in the hallway.

But online everything had become different. Users gave themselves fancy names -- Princess, Man in Black, Golden Beetle, Blue Whale. One user was an 85-year-old woman, who enjoyed chatting up much younger men. Two Gretel users married each other.

Landaret watched what was happening and realized that this was what the system was for. Phone directories, databases and information was not what these people were using the system for. In the town of Velizy, where there was no way for users to communicate with each other, the system was racking up about 200 hours per day of connection time. Gretel was racking up 700. At US$12 per hour, this was not cheap: Pink Minitel, as it was known, was addictive. One woman ran up a monthly bill of $14,000.

Minitel was officially launched in 1984 and within a few years had become a national network. There were 23,000 services available including data banks, electronic shopping, home banking, games and administrative services. It was used by one in four French households and one-third of the adult population.

But by far the most popular were the more than 1,000 chat services -- and in particular sex chat services, accounting for eight percent of all calls and 19 percent of time spent on Minitel -- so much so that they crashed the network on at least one occasion.

At its height, more than seven million Minitel terminals had been installed around France.

For 15 years the Minitel went on unchanged. It was only at the beginning of last year, with the Internet having penetrated every corner of the world, that the last Minitel was unplugged and the system was closed down. You can now find Minitels in rubbish skips. (The French phone directory, however, is still available in paper form.)

Why do I tell this story? Because, of course, the Minitel was the precursor to the World Wide Web. Not just because it was a network. Not just in the fact that it hooked people up, but that it showed how bad engineers, government planners, think tanks and companies were at understanding what people wanted technology for. They all thought Minitel was an information delivery system.

But its users wanted to use it as a system to reach other people -- a social network. These are lessons that we, through Web 2.0, have only just started to learn. Minitel showed us exactly how the Internet would turn out, if only we'd been listening. The Web is about self-expression. About connecting. About sharing.

And, I guess, a bit about love.

The Last Model Standing Is France 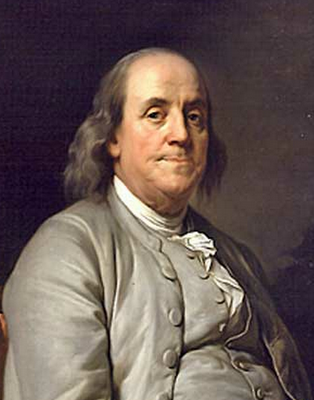