Samir N. Kapadia seemed to be on the rise in Washington, moving from an internship on Capitol Hill to jobs at a major foundation and a consulting firm. Yet his days, he felt, had become routine.

By contrast, friends and relatives in India, his native country, were telling him about their lives in that newly surging nation. One was creating an e-commerce business, another a public relations company, still others a magazine, a business incubator and a gossip and events Web site.

“I’d sit there on Facebook and on the phone and hear about them starting all these companies and doing all these dynamic things,” recalled Mr. Kapadia, 25, who was born in India but grew up in the United States. “And I started feeling that my 9-to-5 wasn’t good enough anymore.”

Last year, he quit his job and moved to Mumbai.

In growing numbers, experts say, highly educated children of immigrants to the United States are uprooting themselves and moving to their ancestral countries. They are embracing homelands that their parents once spurned but that are now economic powers.

Enterprising Americans have always sought opportunities abroad. But this new wave underscores the evolving nature of global migration, and the challenges to American economic supremacy and competitiveness.

In interviews, many of these Americans said they did not know how long they would live abroad; some said it was possible that they would remain expatriates for many years, if not for the rest of their lives.

Their decisions to leave have, in many cases, troubled their immigrant parents. Yet most said they had been pushed by the dismal hiring climate in the United States or pulled by prospects abroad.

“Markets are opening; people are coming up with ideas every day; there’s so much opportunity to mold and create,” said Mr. Kapadia, now a researcher at Gateway House, a new foreign-policy research organization in Mumbai. “People here are running much faster than the people in Washington.”

For generations, the world’s less-developed countries have suffered so-called brain drain — the flight of many of their best and brightest to the West. That has not stopped, but now a reverse flow has begun, particularly to countries like China and India and, to a lesser extent, Brazil and Russia.

Some scholars and business leaders contend that this emigration does not necessarily bode ill for the United States. They say young entrepreneurs and highly educated professionals sow American knowledge and skills abroad. At the same time, these workers acquire experience overseas and build networks that they can carry back to the United States or elsewhere — a pattern known as “brain circulation.”

But the experts caution that in the global race for talent, the return of these expatriates to the United States and American companies is no longer a sure bet.

“These are the fleet-footed; they’re the ones who in a sense will follow opportunity,” said Demetrios G. Papademetriou, president of the Migration Policy Institute, a nonprofit group in Washington that studies population movements.

“I know there will be people who will argue all about loyalty, et cetera, et cetera,” he said. “I know when you go to war, loyalty matters. But this is a different kind of war that affects all of us.”

The United States government does not collect data specifically on the emigration of the American-born children of immigrants — or on those who were born abroad but moved to the United States as young children.

But several migration experts said the phenomenon was significant and increasing.

Mr. Park said this migration was spurred by the efforts of some overseas governments to attract more foreign talent by offering employment, investment, tax and visa incentives.

“So it’s not just the individuals who are making these decisions,” he said. “It’s governments who enact strategic policies to facilitate this.”

Officials in India said they had seen a sharp increase in the arrival of people of Indian descent in recent years — including at least 100,000 in 2010 alone, said Alwyn Didar Singh, a former senior official at the Ministry of Overseas Indian Affairs.

Many of these Americans have been able to leverage family networks, language skills and cultural knowledge gleaned from growing up in immigrant households.

Jonathan Assayag, 29, a Brazilian-American born in Rio de Janeiro and raised in South Florida, returned to Brazil last year. A Harvard Business School graduate, he had been working at an Internet company in Silicon Valley and unsuccessfully trying to develop a business.

“I spent five months spending my weekends at Starbucks, trying to figure out a start-up in America,” he recalled.

All the while, Harvard friends urged him to make a change. “They were saying: ‘Jon, what are you doing? Go to Brazil and start a business there!’ ” he said.

Relocating to São Paulo, he became an “entrepreneur in residence” at a venture capital firm. He is starting an online eyewear business. “I speak the language, I get the culture, I understand how people do business,” he said.

Calvin Chin was born in Michigan and used to live in San Francisco, where he worked at technology start-ups and his wife was an interior decorator. Mr. Chin’s mother was from China, as were his paternal grandparents. His wife’s parents were from Taiwan.

They are now in Shanghai, where Mr. Chin has started two companies — an online loan service for students and an incubator for technology start-ups. His wife, Angie Wu, has worked as a columnist and television anchor.

The couple have two children, who were born in China.

Reetu Jain, 36, an Indian-American raised in Texas, was inspired to move to India while taking time off from her auditing job to travel abroad. Everywhere she went, she said, she met people returning to their countries of origin and felt the “creative energy” in the developing world.

She and her husband, Nehal Sanghavi, who had been working as a lawyer in the United States, moved to Mumbai in January 2011. Embracing a long-held passion, she now works as a dance instructor and choreographer and has acted in television commercials and a Bollywood film.

For many of these émigrés, the decision to relocate has confounded — and even angered — their immigrant parents.

When Jason Y. Lee, who was born in Taiwan and raised in the United States, told his parents during college that he wanted to visit Hong Kong, his father refused to pay for the plane ticket.

Since then, Mr. Lee has started an import-export business between the United States and China; studied in Shanghai; worked for investment banks in New York and Singapore; and created an international job-search Web site in India. He works for an investment firm in Singapore. His father’s opposition has softened.

Margareth Tran — whose family followed a path over two generations from China to the United States by way of Cambodia, Thailand, Hong Kong and France — said her father was displeased by her decision in 2009 to relocate.

“It’s kind of crazy for him that I wanted to move to China,” said Ms. Tran, 26, who was born in France and moved to the United States at age 11. “He wants me to have all the benefits that come from a first-world country.”

But after graduating from Cornell University in 2009 at the height of the recession, she could not find work on Wall Street, a long-held ambition. She moved to Shanghai and found a job at a management consulting firm.

“I had never stepped foot in Asia, so part of the reason was to go back to my roots,” she said.

Ms. Tran said she did not know how long she would remain abroad. She said she was open to various possibilities, including moving to another foreign country, living a life straddling China and the United States or remaining permanently in China.

Her father has reluctantly accepted her approach.

“I told him, ‘I’m going to try to make it in China, and if things work out for me in China, then I can have a really great career,’ ” she said. “He didn’t hold me back.” 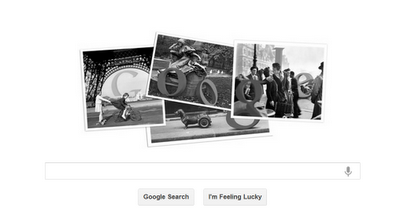 The suburban and homogenous USA has become a thing of the past, and rising suburban poverty and the flight of the wealthy to exclusive exurbs and gentrified urban neighborhoods is leading to suburban infrastructure collapse:

One recent study conducted by Sean Reardon and Kendra Bischoff of Stanford University documented the spatial sorting by income that is going on, with the wealthy flocking together in new exurbs as well as gentrifying pockets of urban centers. In 1970 — the high-water mark of a more homogeneous suburban America — only 15 percent of families in metropolitan areas lived in socio-economically segregated neighborhoods categorized as affluent or poor. In 2007, that figure was 31.7 percent.

The demographic splintering in the US is likely accelerating since the 31.7% of 2007. When the majority of the country lives in economically segregated neighborhoods, that, more than the collapse of the suburbs, will be the end of the American Dream.